I am no sage or soothsayer

I don’t pretend to see what’s coming next,

But it’s not hard when you chart recent events,

To see life as we no it now must end

A paradigm shift is needed

And warnings need to be heeded

So much that’s gone on must be learnt and understood

We need to face and accept the truth

That we now need to build s new environmental age

Everything needs rethinking, designing with reference to change

Materialistic aggrandisment needs to be driven away

So that as one we can help humanity evolve

And expand the conscious mindest and brain,

So we can do better in everyway.

Some call it vexation

Others call it redemption

I don’t know if there is an exception

They try to shut it down

So we bust it down

I keep it on the low

I never claimed to be perfection

I never stated anything

But my life is lit

It’s this way because that’s how I want it

They tried to shut me down

So I just bust them down

Now ask is that right

And they could never justify this

So now a new force started

And so I had some reason to hope

Maybe they could better cope

And they tried to shut us down

But we refused to be shutdown

Which caused them major vexations

but we ignored all their protestations

Masculine as he was

He thought he could take what he wanted

Feminine though she was

She rebuffed his advances

But he was not hearing her

He only had one thing on his mind

She resisted and insisted

This is not what she had in mind

But using his strength

Using his strength he forced her against her will

To be a party to something that she knew was wrong and ill.

When it was over he got nasty

When it was over he blamed her

When it was over he cried like a baby

All he sought over her was power

After it was over she just lay there

After it was over she felt dirty and used

After it was over she felt nothing but abused

To shocked, weak and confused

To understand what just happened

And why it was she deserved this deed

To survive what had been done against her will

And as he left he felt ashamed

And as he left she thought I was I to blame

He was now a perpetrator of a rape

She was now the victim of a rape

Their lives will be both affected badly from this day

How each reacts will define them

His evil deed will end in confinement

Her life is still to be decided

For she’s still trying to put herself back together again

But she knows her life is now one of pain

Unfairly tinged by guilt and shame.

She hid in a doorway of shop

Within the neon lit maze of the city,

A gaping hole from a shot wound,

Kept her hidden within the shadows,

The leather all in one suit

Offered some protection against the constant rain

And kept her warm in the steamy environment,

All the time she kept an eye out for those seeking to find her,

All the time she kept an eye out for the portal

The portal that would allow her to jump

To another realm and buy her time to escape

And finally she could see it,

Glinting and pulsing in a dark alleyway just down the street

It was on the opposite side of the street,

She would need to run close to buildings and the cross at speed,

The whole street lit up with the fire of guns,

She focused on the portal as gunshots flicked and sped past her,

But stopping was not a option and slowing down meant death

She then leapt diving at the portal as it glistened and a doorway opened,

The portal vanished from the alley.

Now she lay in a bed of undergrowth,

In a dark green forest with the sun shining through the leaves,

The forest trees were huge,

She was safe for now

But unless she got her wounds tended to then death would stalk her,

She rose and saw that she was surrounded by tribal warriors

What was to happen next?

Was she saved or damned?

In a place she calls home

A flat she rents

In the undesirable zone

She sits in darkness

Her only light a flickering

It’s a if from the world

She is trying to hide

But that is not the case at all

And the was no safety net

That was in place to catch her

So she finds herself

Living a life so squalid

Working in bars just to get by

Among the drunks, the addicts

Under the Neon haze

Where life ebbs and fades away

But she dreams of salvation

In the form of a knight in shining armour

Who will come save her and lift her out

Of this depressing life

Lift her up to the warmth of the sunlight

Out of this cold dark existence in which she now lives

Sitting in the darkened room

He fell in love with somebody

he should not have fallen in love with,

she toyed with him, teased him

broke his heart, leaving him for dead,

she could not have damaged him any more,

now he looks back at what he call his Valentines Day Massacre,

looked back and saw just how cruel she was

and decided that he would rise above,

all of the pain and anguish she caused

and decided he would live happy after all. 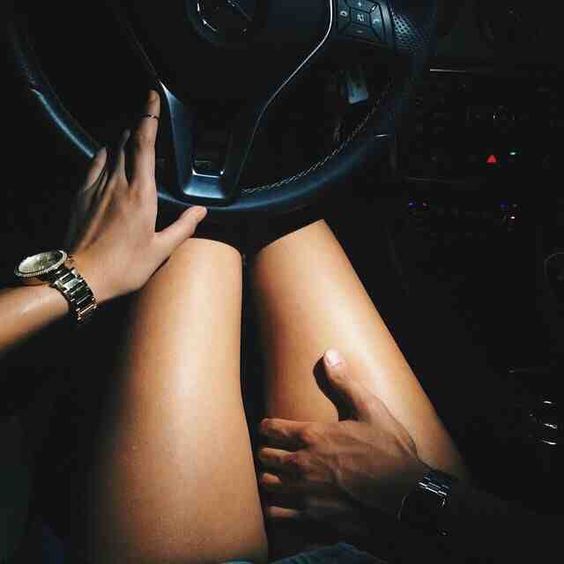 She had to stay at work late one night

Spoke with her husband he said that’s alright

she said she would make her own way home

he said that’s fine but don’t do it on her own.

As she worked late and it got dark outside

a college asked how much longer she would be

to accept his lift and catch a ride with him

ready for the journey home.

He told her he had noticed her beautiful smile

and how much grace and class she exuded

she thanked him for the compliments

and said she found him pleasing to the eye as well.

Getting in the car in the basement of the office block

he looked at her with a yearning in his heart

she looked back and gave him a full smile

and placed a hand upon his cheek and then they kissed

she stroked his hair, arched her back and pulled his head in close to her,

as he encroached in side and felt he essence flow and his mind went wild.

so she was faced backward over the seat, with her skirt above her hips

and could sense the love by him being gentle, not to rough, this was not just sex this was making love

as they both reached that incredible peak that resonated sounds of love right throughout the car from their lips and heart.

As they sat  sitting in the car basking in a silent glow, they both wore smiles

because they both knew that moment was a moment of gold

and that it was time that they were on their way, so he drove her home

but would dream of when their paths would cross again

and then drove away.